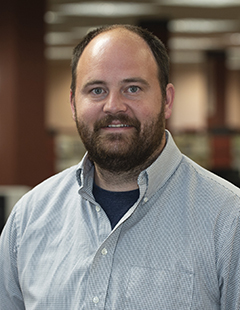 What kind of issues interest you?  What would you like to learn about using the statistical knowledge that you have gained?  The topic can be business, sports, pop culture, or religious/spiritual – whatever is of interest to you.

Once you have identified the topic, begin to think of variables that are important in that topic area.  For example in business, we often track sales.  In sports, we often track wins. In medicine, we track cure rates.  In pop culture, we measure revenue grossed by movie.  In the spiritual realm, we measure missionaries on the field, conversions, baptisms, church attendance.  You need to identify at least two (you will not get full credit with just two variables), but preferable three to five important variables in your topic area.  Explain what each variable means.

SOURCE: Your mind and literature

Once you have identified you variables, you need to determine if you can find data on the variables of interest.  You can search databases (see some at the end) and or can collect your own data.  Publically traded companies must report their financial data (e.g. number of stores, sales, etc.) to the SEC.  Sports statistics are plentiful.  Movies and other forms of entertainment (Fortnite) often report revenue numbers.  Mission agencies, denominations (e.g. Southern Baptist) often have figures available.  You can also collect data on your own (e.g., you could survey the men’s and women’s basketball teams).  Be sure that you can collect at least 30 data points.  The reference librarians can be a huge help!  List clearly where you found your data and how many data points (e.g. subject) that you have.

Once you have the data, you need to do some descriptive statistics.  You must present a 5-Number Summary for each variable.  Then you must plot each variable in at least two of the following three formats: a histogram, boxplot (aka box and whisker plot), or a Normal Quantile Plot.  This will help you determine if the data are normally distributed.  Additionally, if you plan to conduct a correlation/regression, you must produce a scatterplot.  Insert these items directly into the report in this section.

Determine the appropriate test to run.  Some of the options include correlation, regression and multiple regression.  If you have a significant correlation, I expect you to go on to conduct an appropriate regression.  There are t-tests (independent and dependent) and ANOVA available as well.  If the data severely depart from normality, or for other reasons, a non-parametric test may be chosen.  This is a critical step in the project.  Running the wrong test is like paying income tax to the wrong country, it does not help you, but it does hurt you.  List which test(s) you are conducting and why.  You should also insert the results of your test(s) directly into the report in this section.

Using the eight-step process, conduct the appropriate hypothesis test of the data for each test that you conducted.  Report the 8 steps in this section of the report.  You will be referring back to the statistical tests you conducted in the previous section.

SOURCE: Triola Chapter 8 (Fig. 8-1) and other Chapters as needed for the test

Be able to describe what you found in your statistical analysis.  Pretend that you are writing a memo to your boss (that would be me in this case).  Tell him what you looked into and why.  Describe the statistical analyses findings (e.g. “I conducted a correlation and found that there is a positive relationship between height and weight”) and what you learned about the topic after conducting the tests (“We need to help people get taller”).  However, do not use statistical language such as, “I rejected the null hypothesis”.    Make a recommendation or conclusion based on your findings.

These should be stapled to the back of your Data Collection Project.

Use this document as a template, to include the headings, but delete the word Source from each area.  Of course, you should list your source(s) of data under DATA AVAILABLITY

As in diving competitions, the higher the level of difficulty of your project, the more points you will receive.